Several Leon County and Tallahassee races will be decided Tuesday and whoever wins those elections will be faced with a big problem: how to address the city's ongoing gun violence.

Steve Suller says he’s tired and fed up with the seemingly never-ending shootings that have gripped the city in recent years. There have been nearly 60 shootings so far this year, leaving more than 20 people dead.

“There has always been gang violence here in Tallahassee but (I) believe that it’s gotten worse, not only because of the pandemic and people being bored but also because of the lack of parenting in households today,” said Suller, a native of Tallahassee who lives near Joe Lewis Street, where three people were hospitalized after a shooting in late August.

“I haven’t ever been afraid up until this year because it seems like nobody's off limits.”

Suller said he wants to move, but “I’m a felon and it’s tough to find good work. This is my home. Tally’s all I know.”

In September 2019, 16-year-old De’Quan Davis was shot and killed outside the Regal movie theatre at Governor’s Square. Another teen, Goidia Porter, was arrested and charged in the shooting. This August, a drive-by shooting at the Time Saver store near Alabama Street killed a bystander and injured three other people. Court records in that case revealed a link between that shooting and the one at the Regal Theatre, along with several others. The tie: a rivalry between two local gangs.

“Since the latter half of 2019, there have been multiple homicides and shooting incidents attributed to a feud between ‘Northside’ and ‘Southside’ gang members,” officers wrote in a probable cause affidavit filed in the case. The document also refers to a 2019 shooting at the fairgrounds as gang-related, and notes, “many of the references made to shooting incidents appear as taunting or threats made on social media between the two groups. Much of this information has been documented in multiple reports taken by TPD officers.”

The documents point to what one former local gang member says is a fact of life in certain areas of the city.

“I joined the gang life because it was fast money and was the only thing I saw going for my future,” he said. He did not want to be named for this story, for his own safety. He joined a local gang in his 20s, but changed his outlook after going to jail for a year. “Jail really changed me and my perspective on life. So after that I left the gang life alone.”

When Florida A&M University junior Angel Wallace came to Tallahassee from Miami four years ago, she hoped that attending school in the state’s capital would be safer than her hometown. She was wrong. While Miami has more shootings overall, Tallahassee’s rate of shootings per capita is higher. That’s been the case for several years now. The former gang member believes shootings like the one at the Time Saver store, along with several others this year, are a reflection of increasing pressure brought about because of the pandemic.

“Everything is mentally challenging right (now), especially for the streets. If I could advise the community (of) anything, it would honestly be just to stay inside, not only because of coronavirus but just the shooting across the community,” the former gang member said.

The shootings have also started to affect the city’s reputation.

“So many innocent people find themselves in the wrong place at the wrong time. I actually moved to the north side of town, which I thought was safer. However, with the recent rise of incidents since school started, especially near where I live, it’s sadly scary and unavoidable. You can only pray that a bullet doesn’t find its way to your body,” said Wallace.

In a 2018 forum at Yale’s School of Medicine, Dr. Ali Rowhani-Rahbar, an epidemiologist at the University of Washington, called gun violence a public health concern. Among his points: Among persons ages 1 to 24, deaths caused by gun-related injuries are about two times that of cancer, five times that of heart disease and 15 times that of infections. The Centers for Disease Control and Prevention (CDC) says that this Covid-19 pandemic has caused an increase in financial, economic and emotional stress.

Local law enforcement agencies have tried several different approaches in attempts to address the problem. The Tallahassee Police Department has taken to increasing its patrols in certain areas of the city and trying to get to know local residents better through community policing.

In 2019, the Leon County Sheriff’s Office launched the ALLin Leon initiative to connect at-risk youth with religious organizations. In a 2019 interview with WFSU on the perpetually high rate of shootings, Sheriff Walt McNeil said most of the people arrested for shootings are males between the ages of 16 and 29. More than 80% of them are Black.

“Until we all start caring about what happens on every side of town we’ll be divided, and that can’t happen,” said Leon County Commissioner Nick Maddox during a debate last year at a Blueprint 2000 meeting over a decision to remove a Live Oak tree to make room for the final part of the FAMU Way extension project. 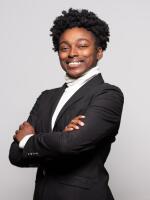 Adriana Alexander
I am Adriana Alexander, a broadcast journalism senior at Florida A&M University (FAMU). I currently write stories for the FAMU campus newspaper, The FAMUAN and produce content for FAMU’s radio station, 90.5. As a former anchor of the News 20 at 5 FAMU newscast, I also edited video packages and worked as an associate producer. I own AEA Visuals, a media company focused on producing quality photography, videography, and graphic design. Multimedia journalism is my passion and is what I will continue to do throughout my career.
See stories by Adriana Alexander
Latest Stories
Related Content