Is Leon County's Referendum On A Children's Services Council A Choice Between Taxes And Kids?

As Leon County voters head to the polls, they will be faced with a choice: keep property taxes as they are, or approve a board meant to expand services for kids. A local referendum gives voters an opportunity to approve a Children’s Services Council, but the move also means creating a new taxing authority.

That’s a tough choice for residents like Alfred Johnson. He thought the council sounded like a great idea, until he heard about the tax.

“I don’t think that we should all have to pay for people to do what school boards and city officials should already be doing,” Johnson says.

Johnson isn’t the only one with concerns. County Commissioner Bill Proctor agrees addressing the needs of children is something local government boards should already be doing.

Under Proctor’s proposal, the Children’s Services Agency would be run and funded by the local city and county governments. That’s different from the Children’s Services Council that’s currently on the ballot. It would be made up of five appointed government officials and five people named to the board by the governor. Once the board is created it would be allowed to tax residents, but local government boards wouldn’t have a say in how that money is spent. Proctor says the middle of a global pandemic and economic crisis isn’t the right time to create a new tax.

Tallahassee City Commissioner Jeremy Matlow says he’s changed his thinking on whether a Children’s Services Council is the right move. Matlow is part of a coalition that bills itself as bipartisan and goes by the name “No Blank Check.” He says even if the council is created the money raised through the new tax won’t begin to cover the needs of children in the community.

“They’ve shown that the need in our community far exceeds what can be accomplished with an $8 million annual tax that can barely scratch the surface. The CSC is proposing a band-aid, when we are in need of a hospital,” Matlow says.

Lashawn Gordon is the director of membership and engagement for United Partners for Human Services. She has a different perspective on the council.

“That is so, so, so important,” says Gordon. “Here in Leon County we have so many entities working with our children but there is not one place that is looking over [them and] being responsible for the well being for the children.”

Gordon says the council would fill that role by serving as a central agency that could help to coordinate many of the programs and services already available to local youth.

A Children’s Services Council Planning Committee tasked with exploring what roles a Children’s Services Council could fill has named three top priorities: success in school and life; healthy children and families; and stable and nurturing families and communities. But if voters approve the council, the group can decide whether it wants to follow that guidance or move in a different direction. 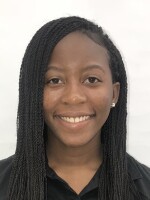