Could Wind Turbines Be Toxic To The Ear?

The U.S. is embracing wind energy, with wind turbines making up half of the new electricity added to the power grid last year. But a smattering of people who live near the turbines say they're a nuisance — and making them ill.

Dr. Nina Pierpont, a Johns Hopkins-trained pediatrician and biologist in upstate New York, has been collecting their anecdotes for years. She coined the term wi nd turbine syndrome to encompass the symptoms of headaches, dizziness, tinnitus, ear pain, and difficulty sleeping that people in several states and countries have complained of — largely on the Internet. And she says she's convinced the culprit is the low frequency noise, called inf rasound, from the turbines and how it's disturbing the delicate vestibular system of the inner ear.

The claims of the existence of wind turbine syndrome have been met with heavy skepticism from a host of experts in energy and public health since few studies aside from one self-published report from Pierpont have shown any link between the turbines and health. The World Health Organization, which classifies diseases, does not recognize wind turbine syndrome, nor does any other medical institution. And otolaryngologists, who are experts on ear health, have remained largely silent on the issue.

A recent study by ear, nose and throat specialists in the U.K. found that infrasound can have physiological effects. The review article, published in the March issue of the Journal of Laryngology & Otology, showed that outer hair cells of the cochlea respond to infrasound, which could affect the functioning of the ear. Another study looked at how the auditory cortex of the brain can also be activated by low-frequency noise, which could produce health effects.

Dr. Amir Farboud, a senior surgical ear, nose and throat resident at Glan Clwyd Hospital in Rhyl, Wales and co-author of the review, says that he initially thought that wind turbine syndrome was "rubbish" when someone came into his office claiming to have it. But, over time, his opinion has changed. "The more you look into it, the more you realize there's some science behind this," he says.

However, Farboud cautions that there is no conclusive evidence that infrasound causes any specific symptoms.

"We think infrasound causes problems in the inner ear and we think wind turbines produce infrasound, but we can't stand up and put our hands on our hearts and say 'Wind turbines cause wind turbine syndrome,'" says Farboud. "The symptoms are just too vague. More research needs to be done."

Other researchers are much more skeptical, including Simon Chapman, a professor of public health at the University of Sydney. Chapman believes that wind turbine syndrome, which has been an especially contentious issue in Australia recently, is "probably an example of community panic."

Chapman says that the current concern over wind turbines fits a historic pattern of people distrusting any kind of new technology, ranging from televisions to cell phones to wi-fi.

In a study published in March on the University of Sydney's website, Chapman reports that only five of the 49 wind farms in Australia have ever drawn complaints, and that all five had been targets of anti-wind activism.

He also points out that, although wind turbines have been operating in Australia since 1993, over 80 percent of complaints arose after 2009, when anti-wind groups first began emphasizing the potential health hazards of wind turbines. (Chapman is planning on submitting his study for peer-review.)

Chapman and others have said that wind turbine syndrome is a result of the nocebo effect, in which merely suggesting that something could be harmful to your health causes it to be so.

He refers to a University of Auckland study, published this month in Health Psychology, which found that healthy volunteers were more likely to report symptoms after exposure to fake infrasound if they had been told beforehand about the potential health effects of such noise.

"I'm quite prepared to believe that there are many people who sincerely are experiencing symptoms," says Chapman. But he believes that those symptoms have a psychological rather than a physical basis.

In the meantime, we're likely to see more turbines dotting our skylines in the coming years. And if the possibility of wind turbine syndrome attracts the interest of more people who really understand how sound affects health, perhaps we'll get a clearer picture of whether there's any truth to it, or not. 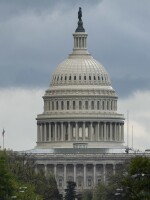