Hokule'a, The Hawaiian Canoe Traveling The World By A Map Of The Stars

She sails by the memory of the stars.

Her bones are lashed together with 6 miles of rope. Her twin wooden masts are lowered and outstretched only by the power of muscled arms. And once fully extended, the red, V-shaped sails announce who she is.

She is the Hokule'a, Hawaii's famous voyaging canoe, built in the double-hulled style used by Polynesian navigators thousands of years ago to cross the Pacific.

Now, she's on a journey to make history, traversing the globe by wayfinding — an ancient Polynesian skill that requires memorizing hundreds of stars and where they rise and set on the ocean horizon. She has already crossed 26,000 miles of ocean and still has a year left to go.

"As a navigator, your job is to look at the shape of the ocean," said Nainoa Thompson, the architect of the worldwide tour and president of the Polynesian Voyaging Society. "You have to be on your feet, and to be able to feel one wave when it comes through from one foot to another. You only know where you are by memorizing where you come from."

Onboard this East Coast leg is a 12-member crew, a mix of veteran native Hawaiian navigators and young, lean apprentices who have taken time off their jobs as pro surfers, educators and executives for the chance of a lifetime: sailing for weeks on a 61-foot catamaran-style canoe in the open ocean. And the promise of returning with a stronger sense of themselves.

Many are part Native Hawaiian and were inspired to connect to their roots. With Hokule'a (ho-koo-lay-ah), they want to spread a message about what the world could learn from island people about how to live sustainably and care for the ocean.

"She has the ability to transform," said Na'alehu Anthony, 36, who is navigating this leg of the trip but also serves as chief executive of 'Oiwi TV, a Native Hawaiian television company.

"This floating island is a representation of the values people should have for the islands we all live in — whether that's Hawaii, the U.S. mainland or Tangier Island. It's been really interesting to see how people see themselves in that message. They get it."

Hokule'a's trip around the world is ambitious. But it's nothing compared with her maiden voyage. That was a moonshot.

Forty years ago, a group of Native Hawaiians and anthropologists built the Hokule'a to revive the ancient art of Polynesian wayfinding, which had been forgotten.

No one knew how to build a canoe in the style of their ancestors, whose oral stories spoke of setting forth across vast oceans like astronauts of their day, exploring an ocean that is bigger than Russia.

At the time, no one in Hawaii knew how to build a voyaging canoe — none had existed for at least 600 years. No one in Hawaii knew how to navigate by the stars. But they found a man named Mau Piailug in Micronesia, a wayfinder on a tiny island who agreed to teach them how to sail using cues from nature — not only by watching the stars, but by noticing the swells and bird species, and the smallest of details, like shifts in the wind pressing against their bodies.

In 1976, a group of Native Hawaiians and anthropologists, and Mau, bet their lives that they could sail from Hawaii to Tahiti without any modern-day navigational equipment. They wanted to prove a theory that the original people who settled the islands of Hawaii did so not by accident, but with the intention of finding the islands and settling there.

And when the team safely reached its destination, after more than a month at sea, its triumph sparked a revival of Hawaiian identity and culture. Soon after, Native Hawaiians demanded that the state begin teaching the Hawaiian language in schools again. A group occupied the uninhabited island of Kaho'olawe, in protest of the U.S. Navy's use of it as a target for bombing practice.

"There was a time when the Hawaiian culture wasn't valued," said Kalepa Baybayan, who was part of that first generation of crew members aboard the Hokule'a. "In the '70s, it all changed."

The Hokule'a gave the Native Hawaiian people an identity; it became a symbol of hope for the survival of their culture.

Now they call Hokule'a the mother ship because she spawned a new generation. Since that 1976 voyage, 25 more deep-sea-voyaging canoes have been birthed across 11 countries. More than 180 crew members have taken a turn aboard the Hokule'a on its global trip. More impressive is the number who trained, applied but for whom there was no room: 4,000.

It's her mana, or spirit, as well as her history, that attracts people, crew members say. On her first voyage, to Tahiti, she was greeted by a crowd of 17,000 who walked into the water with their clothes on to see her; to touch her; and to drape leis around the necks of men who were onboard. And when she arrived along the shores of Alexandria, Va., last week, visitors waited as long as an hour for the chance to step onboard and touch her bow.

The navigator's place is at the back corner of the Hokule'a, standing at all times with feet wide apart on the deck.

"There's the motion that the canoe makes as it climbs up over the wave," said Baybayan. "And you have to internalize that as the rhythm, the pulse of the canoe. And when that rhythm changes, either you've steered off course or the conditions have changed."

When you're doing it for the first time, you're double-guessing yourself, he said. But once you make your first landfall, you understand that the process you went through got you there.

"Once you're in the zone, you've reached a different plateau of metaphysical thinking," he said. "It just builds confidence in yourself. You start to understand nature."

Being on a 61-foot vessel with no engine in the middle of the ocean is, indeed, as tough as it might seem. All crew members train for weeks to prepare their bodies mentally and physically and must take courses on celestial navigation to prepare for the voyage.

Once onboard, crew members are assigned a 6-foot-long plywood plank that runs along the inside of one of the boat's two hulls, which are connected by boards that serve as Hokule'a's deck. Most put a waterproof foam pad on top, like the kind you float on in a swimming pool.

The rookies get a "hole," or 6-foot sleeping spot in the front of the canoe, where it's wettest and coldest. The elder crew members get the back where it's warmer and dry. They all sleep head-to-toe, in a line, inside the twin canoe hulls.

"It's like a one-man tent, but like, elongated, " said Kala Tanaka, 34, who sleeps in the front while her father, one of the most seasoned navigators, sleeps in the back. "You have situations where it's so rough that the water splashes in between the canvas [overhead] and it gets wet. But I like to think of this as exciting!"

Aside from a canvas over their head, the crew members are exposed to the wet cold, the relentless sun or rain. They take saltwater showers. The sunscreen onboard is gallon-size, with a pump on top. The navigator and his or her apprentices are expected to remain awake for 18 to 22 hours a day, keeping an eye on the conditions to ensure they stay the course.

But their rewards, of course, are many. They are counted in mahi-mahi, which the cook prepares sashimi-style, and in the sightings of whales, penguins and sunrises that they will never forget.

This leg of Hokule'a's journey is moving slowly; she's her most graceful out in the open ocean.

On this trip, she has braved new challenges of the mid-Atlantic: She took on unexpected whipping winds while sidestepping the onbeat of Navy and fishing boat traffic up the Chesapeake Bay to Alexandria, Va. Then she had to limbo under a series of concrete bridges up the Potomac River to Washington, D.C.

The Hokule'a has traveled 26,000 miles to deliver a message that, in typical fashion of this city, is often calculated through a political lens. Her message is Malama Honua. In Hawaiian, it means taking care of Island Earth.

"Not everyone believes in climate change, but we do," said Thompson, one of the architects of the worldwide tour. "We're islanders; we see it. We come from small islands in the Pacific who have nothing to do with [causing] climate change but we are the ones who will suffer the most, first."

Hokule'a left Hawaii in 2013 and headed west across the South Pacific and across Australia, Indonesia, the Indian Ocean and down around Cape of Good Hope in South Africa. Then, she crossed the Atlantic to Brazil and headed north. At each stop, she has been greeted by first-nation people and like-minded organizations that want to create a sense of urgency about climate change and keeping the oceans clean.

In that cause, the Hokule'a has attracted some high-profile supporters. Before setting sail three years ago, the Dalai Lama blessed her and, on a stop in Samoa in 2014, U.N. Secretary-General Ban Ki-moon came aboard in a show of support.

When Ban came aboard the Hokule'a, he brought her a gift of a message in a bottle: a handwritten note pledging that the top environmental issue was to protect the world's oceans and a commitment to take action. Thompson said Hokule'a has been collecting other pledges from around the world and added 40 more messages to the bottle. He plans to return it to the secretary-general at the United Nations next week for World Oceans Day.

For 40 years, Thompson's life has been tied to the Hokule'a. Now, she is reaching middle age and, at age 63, he has nearly passed it. This trip is a bookend for him, but not likely for her.

"This canoe is a school that's about relearning the genius of our ancestors, and about our reconnection to our ocean," said Thompson. "This voyage is not my vision. It's that of my teachers. I'm just a bridge between between them and" — he points to his young crew — "them."

After New York, the Hokule'a will attempt to make it as far north as Nova Scotia, which, at 50 degrees north of the equator, would mark the northernmost point she has ever sailed. After that point, though, she will turn around. And every minute will be that much closer to returning home.

Hokule'a will go up the St. Lawrence to the Great Lakes, then turn back down the East Coast and across the Panama Canal where she will return to her ocean, the Pacific.

Thompson, Baybayan and the other elder crew members made a deal that this would be their last voyage. Anyone over age 32 will have to come off the boat as Hokule'a re-enters Polynesia at the last stop before home, in Rapa Nui. There, a new generation of wayfinders will come onboard and decide where she goes next. 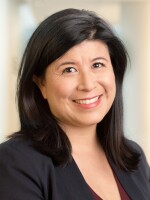